NetEnt’s new Narcos online slot is designed in a comic book visual style, which sets it apart from the company’s other branded slots. Narcos has a different appearance than games like Vikings and Planet of the Apes, which include genuine stills from the big screen. The game still looks amazing, and all of the characters are easily identifiable against the vivid Colombian scenery. 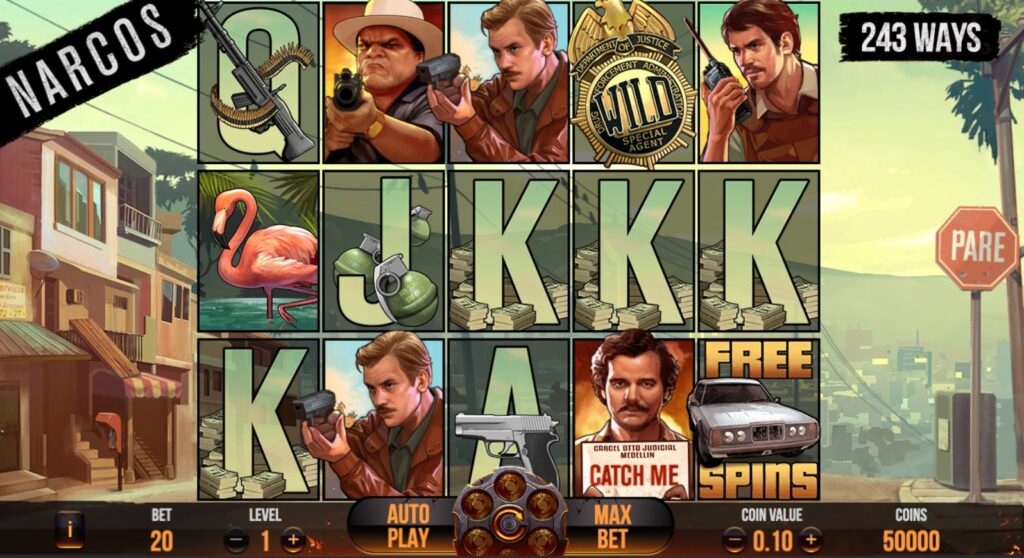 Narcos, like the TV program on which it is based, is an action-packed slot machine. A police badge is a unique wild symbol that may be used to finish a sequence if necessary. Walking wilds travel one position to the left on subsequent spins, thus a wild that appears on the right-side reel will remain in play four plays later.

In a random Drive-By feature, a vehicle races by while bullets explode out of the windows into the reels. If any of the character symbols are hit by a bullet, they become additional wilds and any new wins are computed.

The game’s unique Locked Up emblem is a police mugshot of Escobar. Land this three or more times in a row to activate a bonus round that begins with an immediate coin reward. This Narcos slots game feature continues with three free spins, during which you will only encounter Locked Up symbols and pictures of golden cases. The cases can be opened to reveal more currency payouts, additional spins, or win multipliers.

This round struck our Narcos review team not just for its potential for large prizes, but also for the changeover to a backdrop image of a jail and chains enclosing sets of symbols. Visual pleasures like these demonstrate how much care and attention the NetEnt team paid to the game’s design.

During a free spins round, the landscape also changes. The feature is triggered by three or more vehicle icons, and the games begin with a bang when the automobiles explode. During the 10 free spins, you will be witness to a gun shootout outside a neon-lit club. 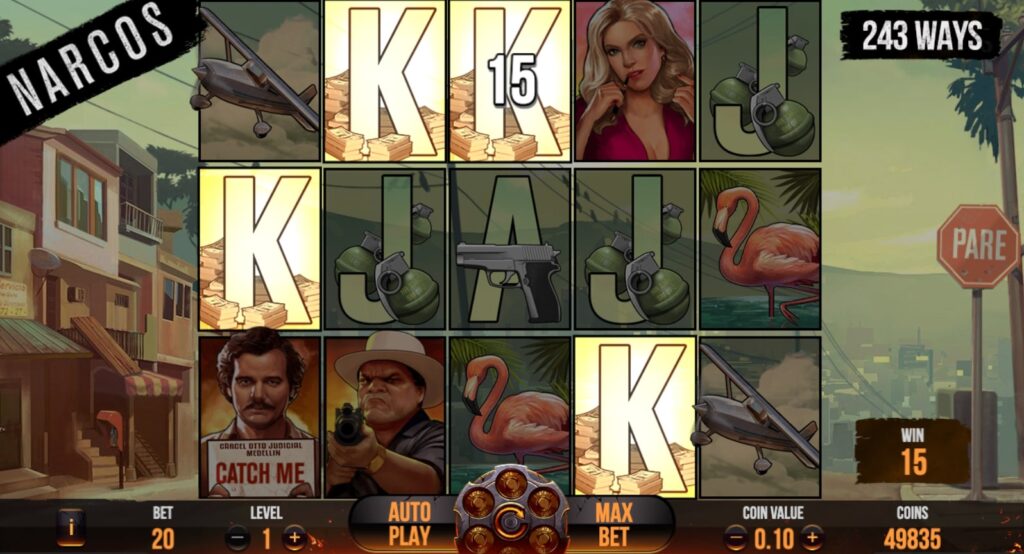