You enter the bizarre realm of jelly-like monsters in Reactoonz under the rule of an extraterrestrial being with a contented smile. These charming little creatures join to create winning combos for you on screen, and in the process, they fuel the alien’s additional energy orbs that give it power.

It can be challenging to determine what kind of narrative this planet belongs to, but it is simple to state that it is a wonderful place to explore and play in.

The animations for wins, bonuses, and the several dials and counters that fill up throughout gameplay are nicely produced and add a lot of flavor to the aesthetics. The end effect is a visual feast with plenty of surprises around every corner and always something to look at.

Similar to many slot machines, the music is a little intrusive and repetitive, but it is easily turned off, and the rest of the sound design is delightful with all kinds of sci-fi whooshes and pings.

RTP, or return to player, is a metric that indicates a player’s typical reward for every C$100 they spend on a slot machine over time. Reactoonz has an RTP of 96.51 percent, which is above average when compared to the typical RTP of 96 percent offered by most slots. Therefore, Reactoonz slot has a 3.49 percent house advantage. Although playing the Reactoonz slot machine with amusing aliens is rather thrilling, it should be reminded that the game has a high variance. This means that even though players can anticipate a lot of little wins frequently, big wins happen infrequently. Big winnings are typically associated with the Quantum features, which increasingly pay off as you advance.

The Reactoonz slot machine has a slew of additional features. The random wilds and multiplier bonus feature, which allows players to multiply their wins, is one of them. Aside from that, the slot has a number of Quantum Leap Bonus features that may help players win big.

Though there are no wild symbols on the reels in Reactoonz, they are formed during gaming. After each spin, a randomly picked symbol begins to light, and if these glowing symbols form a winning combination, they leave wilds in their place. In addition, after a non-successful spin, the Gargantoon may randomly drop 4 to 8 wild symbols. Aside from this, the Reactoonz slot machine gives a multiplier to players who land on clusters. During the base game, each spin that results in a 2×2 or larger square shaped cluster made up of identical symbols transforms into a 2x Reactoonz multiplier symbol, paying players double their stake value. 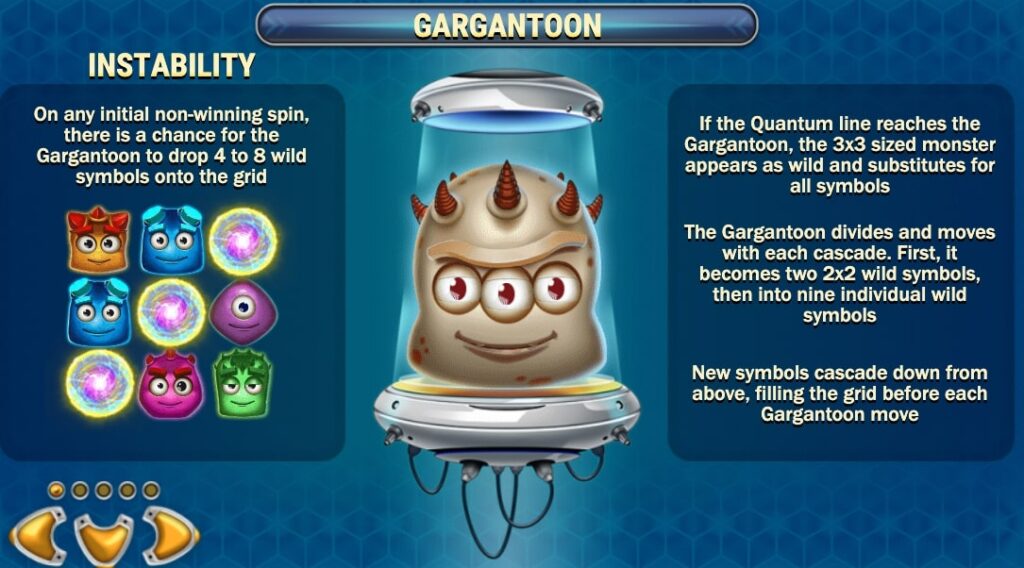 When a player acquires 5 winning combinations, the Reactoonz slot machine randomly activates the Quantum function. 25 winning symbols fill the Reactoonz Quantum Leap Meter, activating the Reactoonz Bonus features of Implosion, Alteration, Demotion, or Incision. When all of the Reactoonz Quantum Meters are filled, the Gargantoon feature is triggered, which adds a 3×3 wild to the reels before dividing into 2×2 and 1×1 wilds during the next two cascades. 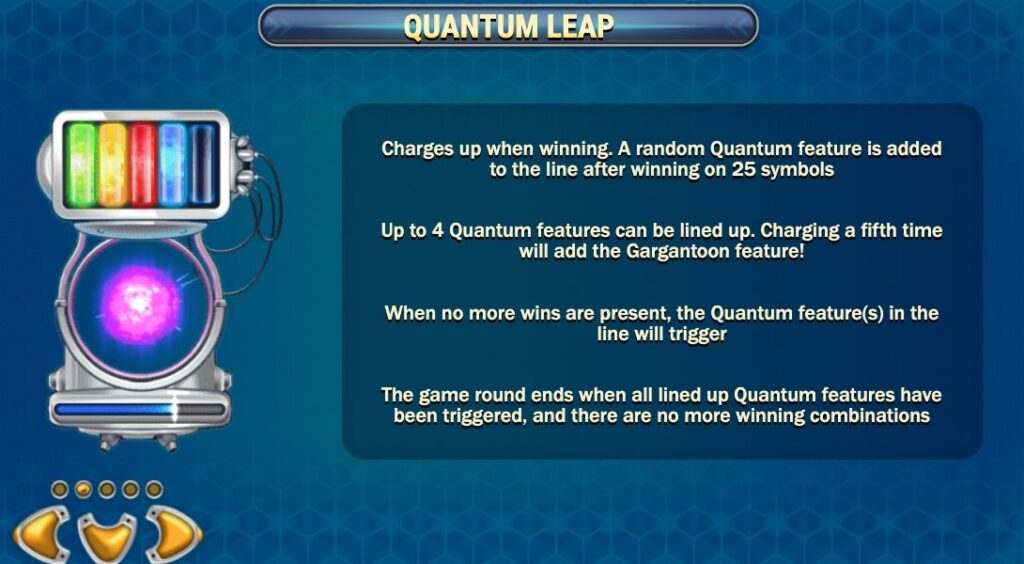 Because of its high volatility, Reactoonz slot may pay out rather nicely during the base game. Because each spin may cause an infinite number of cascades as long as you keep winning. However, the Gargantoon feature, which can only be triggered by filling all 5 Reactoonz Quantum Leap Meters at once, offers the highest opportunity for players to win the jackpot worth 4,750x total stake.

As previously said, Reactoonz offers a cascading gameplay style, which means there are no set paylines. A winning combination is produced when a player lands on 5 identical symbols in a cluster. Single-eyed aliens pay the least, while two-eyed aliens pay the most. Keep a look out for the two-eyed pink alien, which may pay up to 1200x total bet if you land on 15 or more of them! 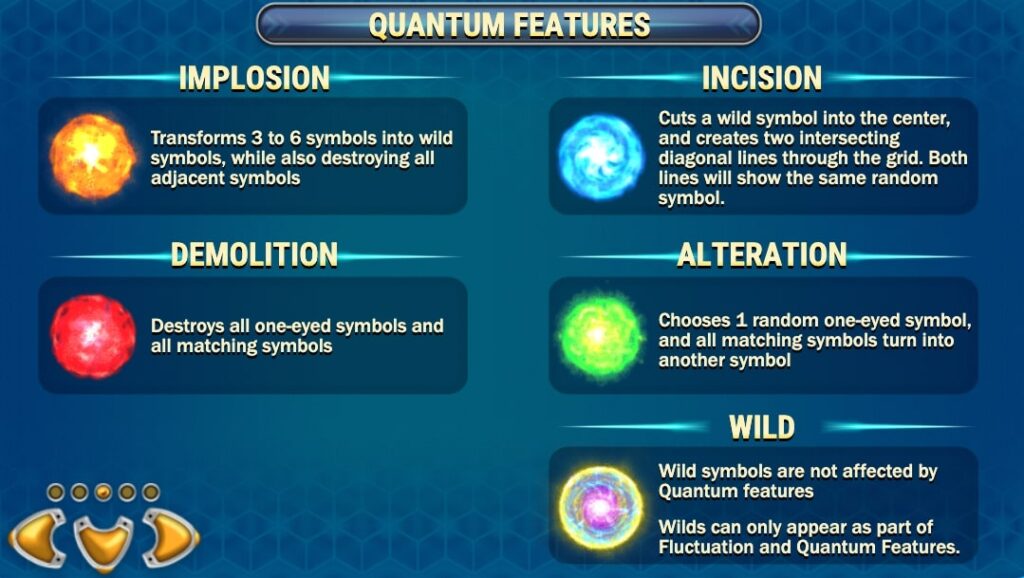 TOP-3 Best Offers for You