Everything we liked about the first Reactoonz slot is back in its sequel. You have a similar electro-themed music with two-eyed and one-eyed aliens as high-paying and low-paying symbols.

When it comes to graphics, the biggest difference is that there is a little more going on in terms of detail. The characters’ features are more active, as they alter facial expressions and stare at one another, bringing a new dimension to the game’s overall appearance.

In terms of aesthetics, not much has changed, which is OK with us. The initial Reactoonz were already fantastic, so there was no need for Play n GO to make any significant changes. 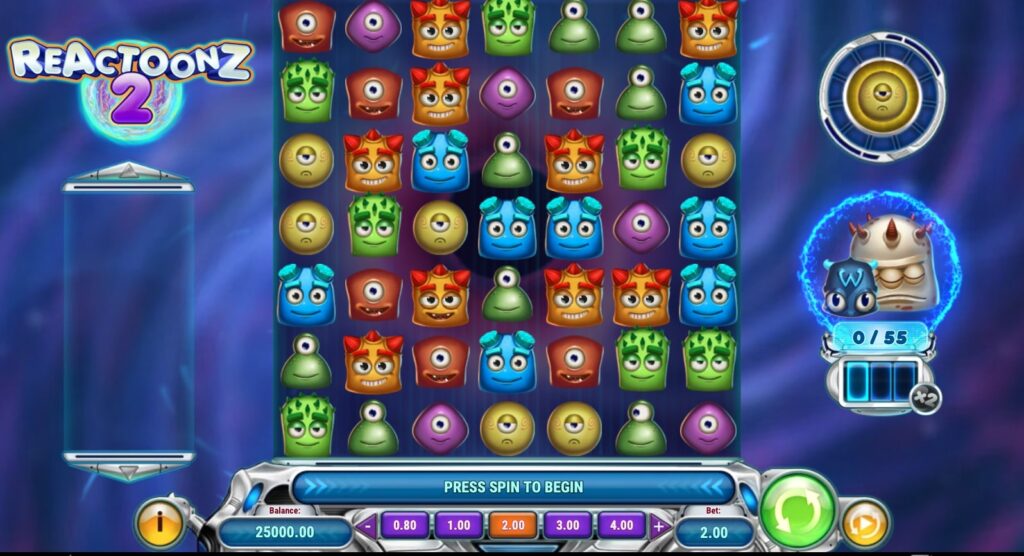 When fully charged, the Fluctometer generates 1, 2, or 3 Electric Wilds. The Fluctometer is disabled by the Gargantoon Wild, although it remains active and rechargeable in every round.

Non-wild symbols are removed by the Electric Wild in order to charge the Quantumeter. This one is likewise disabled by the Gargantoon, and the Quantumeter resets every round. It has four tiers with a capacity of 135 charges.

The Quantumeter activates Energoon Wilds on the reels throughout the first and second levels. The Gargantoon Wilds appear at level three.

Level 4, the overload stage, necessitates the use of 135 charges. Level 3 requires 110 charges, while level 2 requires 85 charges to release a 2×2 Energoon Wild. Level 1 takes just 55 charges, but it summons a 1×1 Energoon Wild. 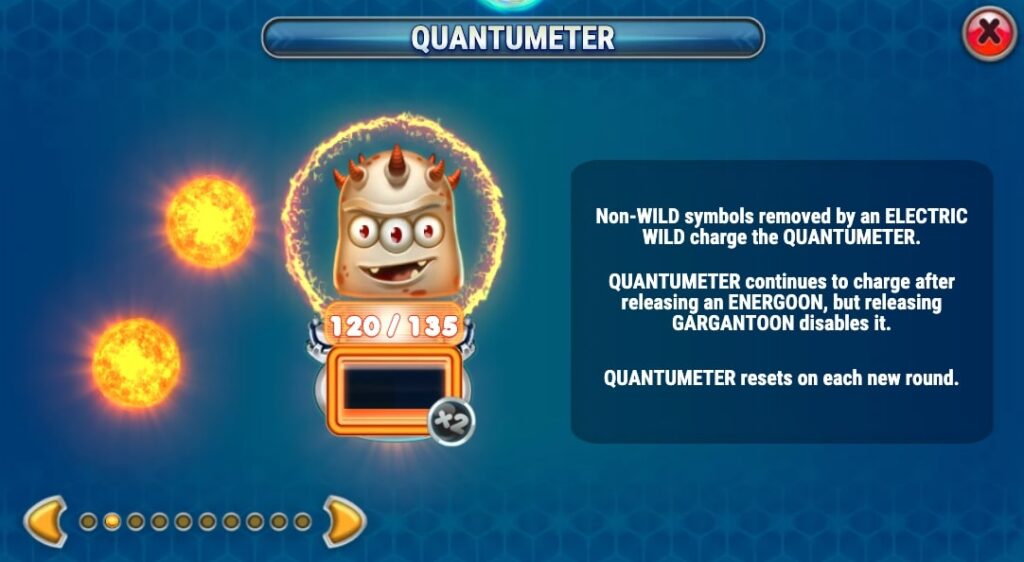 This silly slot has a bunch of small monsters. All of the ordinary symbols have higher ratings than the hot pink blob. The second is a green monster, followed by orange and blue creatures. Critters in pink, fiery orange, dark green, and yellow follow.

There are no formal bonus rounds, but the Wild Pair Explosion acts as a substitute.